After investing many hours in the restoration of this electric van from the 1920s, this […] 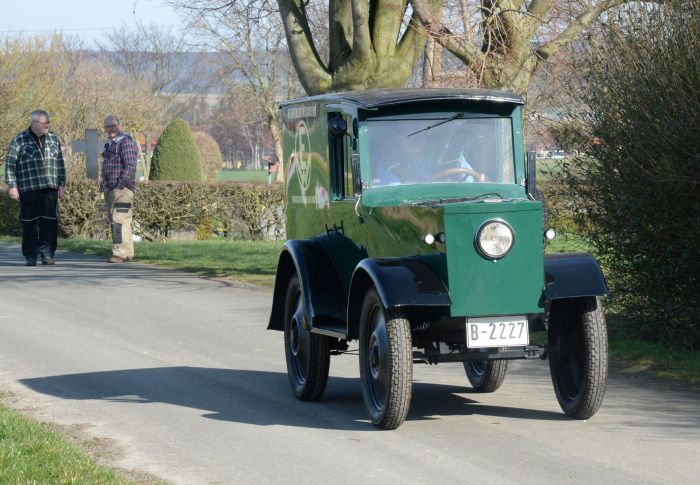 The Hawa electric van from 1923 takes its first steps

Share
After investing many hours in the restoration of this electric van from the 1920s, this Hawa EM3 has now realized its first road test. And everything has gone well. After a few minor adjustments, the car began to move, slowly but surely. But the same thing happened as with the first Spanish electric bus in 1899, the De la Cuadra, which stopped on the first climbs. Even so, the experts are optimistic and happy to have taken this first steps to demostrate that this complicated restoration is going well.

As the restorers confirm, it is not easy to arrange an old electric car with such characteristics, as there are many components that have to be adapted to make the whole set work again.

In May of this year, the vehicle is scheduled to be handed over to its owner, the Braunschweig electric company BS-Energy, and for this date, a demonstration trip is planned, which was already being carried out in the 1920s, according to some recently found documents: passing through some locations in the direction of Hannover, its production site.

The Hawa proudly wears its emblem on its front, a plate whose reconstruction was made in India, a characteristic part without which the vehicle was incomplete.

The Hannoversche Waggonfabrik in Hanover, Germany, was not well known as a car manufacturer, as its main business was in tram cars and special bodies. Between 1923 and 1925 the company produced a hundred units of an electric microcar, about 2.42 meters long, in the versions: closed sedan with a single door, convertible with hood and delivery van.

It was characterised by its unique headlight, its wide wings with a rather slim nose/front end, and an extremely lightweight body made of thin veneered plywood. Narrow wheels, rigid axles and quadrilateral springs did not guarantee much comfort.

Traction was provided by a small four-pole engine with a low power of 1 HP, transmitting the power to the left rear wheel by means of a chain. The controller had three speed levels and a current switch, pressed by a pedal.
TagsHawa