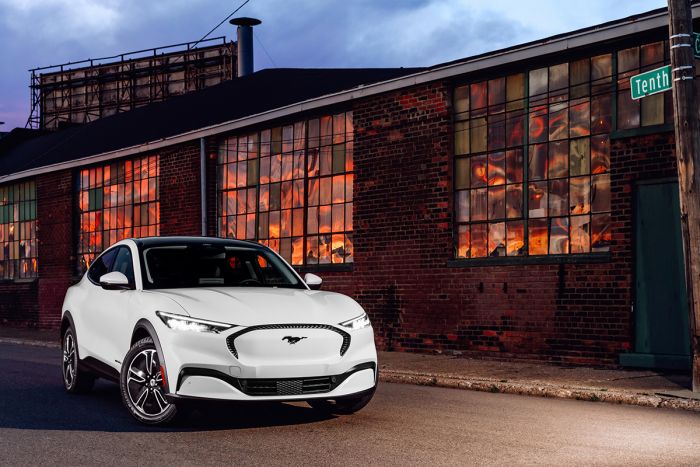 Share
The all-electric Ford Mustang Mach-E sounds like a sci-fi fantasy – so much that it inspired Detroit-based electronic music artist Matthew Dear to transform its sound into song.

Inspired by classic 80’s sci-fi cinema, Ford sound designers worked with the studio Ozone Sound to craft electronic sounds that can be heard inside and outside of the Mustang Mach-E while the car is moving.

That piqued the interest of Dear, a founding member of world-renowned electronic music label Ghostly International and originator of the “Hands Up for Detroit” anthem. Dear used the synth-heavy sounds to create “New Breed,” a hypnotic electronic arrangement that’s distinctly Mustang Mach-E.

“The idea of remixing the sounds from the Mustang Mach-E was immediately interesting because I’ve always considered myself to be a ‘sound tinkerer,’” said Dear. “But after I got to actually hear and experience the digital propulsion sounds that Ford created, I was sold on the project. The sounds are cooler than I thought they’d be — cinematic and sci-fi — and all the noises the car makes have a sense of modern musicality. Creating “New Breed” was a new experience and I think the song — like the car — takes its passengers on a voyage.”

Since its debut, Mustang has been synonymous with music featuring in a number of classic songs. With “New Breed,” Mustang Mach-E ignites a new generation of Mustang in music.