The Lightyear solar car, an electric saloon packed with solar panels built into its […] 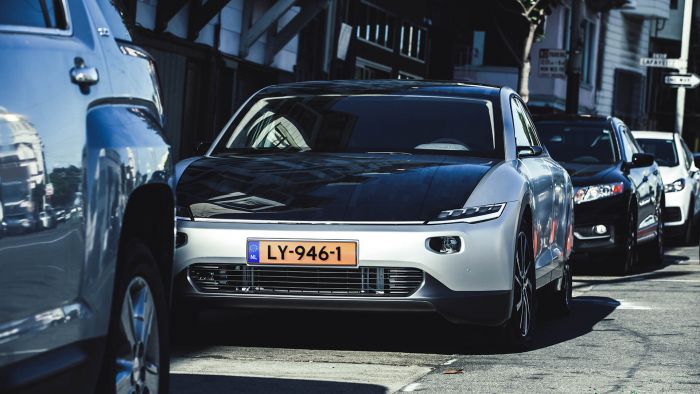 Lightyear Solar Car will come before end of year

Share
The Lightyear solar car, an electric saloon packed with solar panels built into its body, will go into production before the end of the year. The company has just completed a successful funding round of $48 million, which will help bring the first small series of units to production by the end of the year. The car is the brainchild of the solar team at the University of Eindhoven in the Netherlands, who were constantly striving to develop a modern car that could be partially recharged by solar energy.

The attractiveness of the car is precisely the photovoltaic panels built into the bodywork, because for all those who love renewable energy and are concerned about a healthier and more sustainable world, driving a solar car is an encouragement.

This model will not be cheap at the time of purchase, with prices estimated to be between 120,000 and 150,000 euros; however, the Dutch company is already considering the feasibility of offering a smaller, more affordable "solar" car at a later date.

Here is the press release about the financing round:

"Lightyear is proud to announce that its latest funding round, led by Zero Point Holding B.V., an investment vehicle of a Swiss family, has been successfully closed. The total raise of $48M marks Lightyear’s largest financing to date and will support their growth and path towards the first customer deliveries of the Lightyear One, its exclusive series car, at the end of this year.

The investments show trust in the solar car market and Lightyear’s execution of its in-house technology developments. Lightyear is commercializing a highly efficient electric vehicle with integrated solar cells in order to minimize the charging needs and grid dependency of the vehicle. Lightyear’s patent portfolio covers innovations for an efficient powertrain, high yield solar roof and optimized thermal management system. The Lightyear One will have a range of 440 miles and will be able to recharge from its own solar roof up to 80% of the annual yield for an average driver in San Francisco.

The company, based at the Automotive Campus in the Brainport Eindhoven region, has been active since November 2016. In the summer of 2019, the Lightyear One was announced worldwide, and the company is now gearing up towards the first customer deliveries at the end of 2021. They are in the final phase of selecting a production partner. To accelerate the development of the next model, a mass-market vehicle, Lightyear is currently working on additional equity financing to be executed in the remainder of 2021.

"This funding round will help us accelerate towards the first deliveries at the end of the year”, says Lex Hoefsloot, CEO and co-founder of Lightyear. “We are grateful for the support of all the individual investors and happy to welcome them as ambassadors to our mission."
TagsLightyear

Alternativ Mobil - History Of E-Mobility From 1881 Up To Today

The most comprehensive and illustrated book on electric vehicles from 1881 to the present day, written by the two authors Volker Christian Manz and…