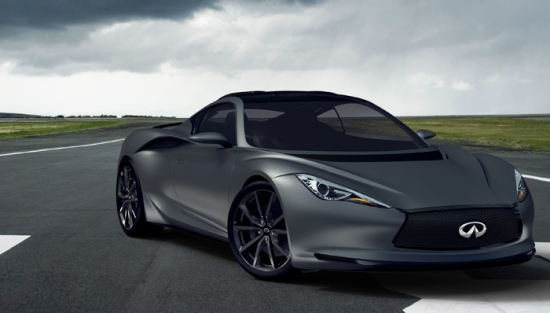 Share
An ‘Inspired Performance’ is guaranteed at the 2012 Goodwood Festival of Speed – the first year that Infiniti, the performance luxury automotive brand from Japan, officially becomes a sponsor of the iconic motoring and motorsport celebration.

Making its world dynamic debut on the hill climb will be Infiniti’s first running prototype of the range-extender sports car known as EMERG-E. When first shown at the 2012 Geneva motor show, the UK-designed and built concept won huge acclaim for its stunning looks and engineering ingenuity. Such a special car demands a safe pair of hands to guide it up the hill each day and they don’t come much safer than F1 pilot Mark Webber, lined up for the Saturday run.

Jerry Hardcastle, Global Chief Marketability Engineer, commented: “The Festival of Speed crowds will be seeing EMERG-E in action for the first time ever, even before many of Infiniti’s top executives have seen it! Goodwood’s spectators will see not just an exquisite design but a superb example of Infiniti combining our own technologies with those of our partners to create an environmentally-friendly car, brimming with true Infiniti driver appeal.”

Also powering up the Earl of March’s driveway will be the Infiniti FX ‘Vettel Edition’ with Sebastian Vettel himself on the wheel - with just 50 units confirmed for Europe this limited production FX is one of the world’s most exclusive SUV’s – and the Infiniti M35h hybrid, one of the world’s fastest-accelerating petrol/electric hybrid saloon.