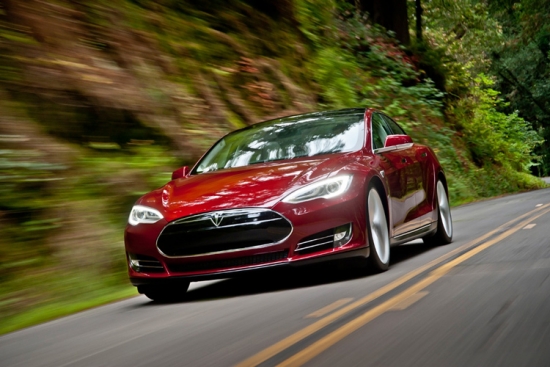 Tesla Motors announced reciently that sales of its Model S vehicle exceeded the target provided in the mid-February shareholder letter. As customers who note their Model S serial number this weekend will realize, vehicle deliveries (sales) exceeded 4,750 units vs. the 4,500 unit prior outlook. As a result, Tesla is amending its Q1 guidance to full profitability, both GAAP and non-GAAP (Generally Accepted Accounting Principles).

“I am incredibly proud of the Tesla team for their outstanding work. There have been many car startups over the past several decades, but profitability is what makes a company real. Tesla is here to stay and keep fighting for the electric car revolution,” said Elon Musk, Tesla Motors co-founder and CEO. “I would also like to thank our customers for their passionate support of the company and the car. Without them, we would not be here.”

Also being announced today is that the small battery option for the Model S will not enter production, due to lack of demand. Only four percent of customers chose the 40 kWh battery pack, which is not enough to justify production of that version. Customers are voting with their wallet that they want a car that gives them the freedom to travel long distances when needed.
The customers who ordered this option will instead receive the 60 kWh pack, but range will be software limited to 40 kWh. It will still have the improved acceleration and top speed of the bigger pack, so will be a better product than originally ordered, and can be upgraded to the range of the 60 kWh upon request by the original or a future owner.

Tesla is also revealing a small Easter egg today: all 60 kWh cars have been and will be built with Supercharger hardware included. Tesla is taking a slight cost risk that ultimately all customers will want to buy the Supercharger upgrade and receive unlimited, free long distance travel for life. Even for those that never drive long distances, this will improve the resale value of their car to people that do.

Tesla Motors' goal is to accelerate the world’s transition to electric mobility with a full range of increasingly affordable electric cars. California-based Tesla designs and manufactures EVs, as well as EV powertrain components for partners such as Toyota and Daimler. Tesla has delivered almost 10,000 electric vehicles to customers in 31 countries.