Ready to race at the Nürburgring in Germany […] 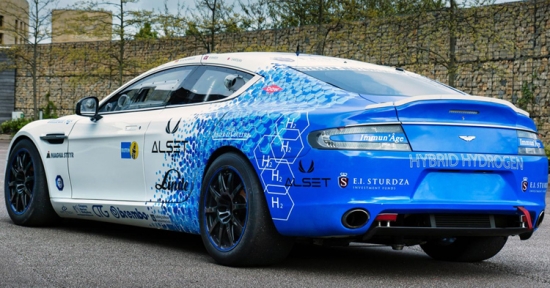 Share
Ready to race at the Nürburgring in Germany

Aston Martin has a long-standing relationship with the world-famous Nordschleife; its race cars won the Nürburgring 1,000 km race in 1957, ’58 and ’59 and the British sports car maker has been a regular at the annual 24-hour endurance race since 2006.

This year, the British manufacturer has ambitious plans to celebrate its centenary in front of more than 200,000 race fans at the N24 by entering a front-running GT3 car crewed by top professional drivers; a world-first engineering technology project; and a near-standard V12 Vantage that truly underlines the durability and performance of its road-going cars.
The build-up to the race start will be further enhanced by a stunning 100-car parade of Aston Martins around the length of the legendary 22km-long Nordschleife circuit.

Alongside the Bilstein V12 Vantage GT3, which marks Aston Martin’s most focused attempt yet to challenge for honours at N24, and its close-to-production V12 Vantage sister car, the company has entered its unique Hybrid Hydrogen Rapide S. Announced earlier this year, and after a shakedown on the Nordschleife at a VLN endurance race in April, the ground-breaking race car – based on Aston Martin’s new four-door, four-seat sports GT – is returning to the Nürburgring to become the first Hybrid Hydrogen-powered car to compete in an international racing event.

Working in partnership with hydrogen experts Alset Global, Aston Martin’s engineers have developed the prototype, which will complete its qualifying lap on pure hydrogen, meaning that virtually the only emission from the twin turbocharged 6.0-litre V12 engine’s exhaust pipes will be water.