An electric race car to climb the hill of Pikes Peak at Colorado Springs (USA). […] 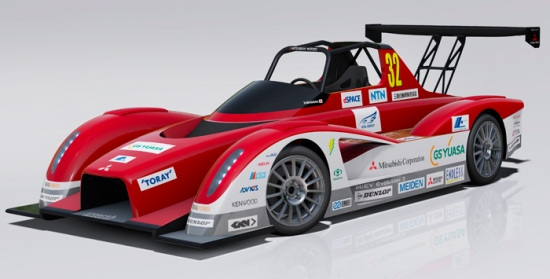 Share
An electric race car to climb the hill of Pikes Peak at Colorado Springs (USA).

MMC will utilise the data and technical knowhow garnered through its participation in the event in its @earth TECHNOLOGY2 next-generation advanced technology R&D programme for eventual use in future production vehicles.

MMC entered the Pikes Peak competition for the first time last year with the i-MiEV Evolution all-electric prototype, finishing second in the Electric Division. Participation in the event brought a rich harvest in terms of vehicle speed, acceleration and other on-road data, as well as drive battery consumption, motor temperature and other data and knowhow critical to electric vehicle development.

Like last year's i-MiEV Evolution, the MiEV Evolution II uses parts used in production vehicles combined with a high-capacity battery and high-output motors both specially designed by MMC's suppliers. Based on experience gained from last year's race, MMC added S-AWC (Super All-Wheel Control) integrated vehicle dynamics control system to a two-front/two-rear four-motor drivetrain for increased handling and control in the MiEV Evolution II. These, together with a specially-designed body that provides reduced weight and improved aerodynamics, has resulted in a significant improvement in driving dynamics.