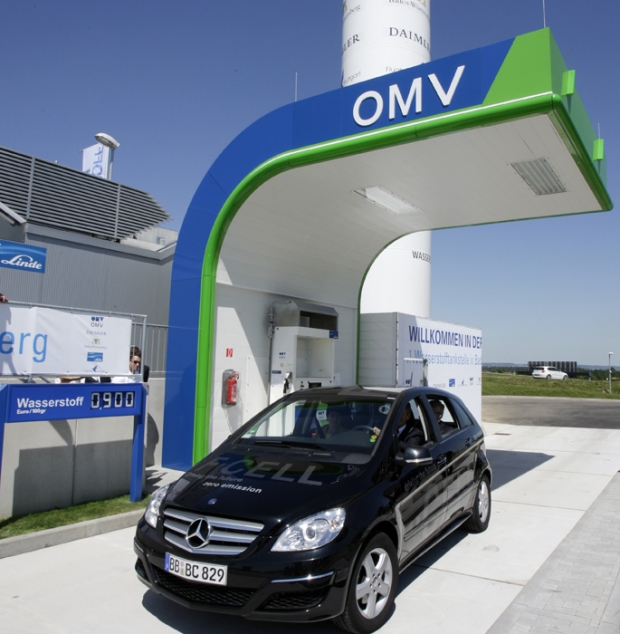 Hydrogen network from 15 to 400 filling stations

Share
The six partners in the "H2 Mobility" initiative - Air Liquide, Daimler, Linde, OMV, Shell and Total – have set up upon a specific action plan for the construction of a nationwide hydrogen refuelling network for fuel cell powered electric vehicles.

By the year 2023 the current network of 15 filling stations in Germany´s public hydrogen infrastructure shall be expanded to about 400 H2 filling stations. As a first step the deployment of 100 hydrogen stations in Germany over the next 4 years is intended. This would ensure a need-related supply for fuel cell powered electric vehicles to be introduced into the market in the next years. An agreement in principle has been signed by representatives of all the partners involved.

In addition to plans for a nationwide filling station network, the agreement includes the principles for the procurement and distribution of the necessary hydrogen and a request for support to the German Federal Government. Following the foundation of a joint venture (subject to necessary regulatory approvals), gradual expansion of the national filling station network will commence next year. This means that an H2 supply suitable for everyday use shall be created not only for densely populated areas and main traffic arteries, but also for rural areas. The objective is to offer an H2 station at least every 90 kilometres of motorway between densely populated areas. According to this plan in metropolitan areas, drivers of fuel cell powered vehicles will have at least 10 hydrogen refuelling stations available each from 2023. Thus zero tailpipe emission H2-mobility is becoming increasingly attractive for customers. The "H2 Mobility" initiative expects that a total investment of around €350 million will be required for this future-oriented infrastructure project.

The launch of fuel cell powered production vehicles on the German market has been announced by first manufacturers for 2015. In addition to attractive procurement and operating costs for the vehicles, a need-related number of H2 filling stations is one of the major preconditions for market success. Accordingly the planned "H2 Mobility" joint venture will work closely together with the automobile industry.

Particularly in view of the high costs of such innovative technology, advances in hydrogen and fuel cell technology are at least as important. Continuation of the innovation and research activities in this field which are envisaged in the mobility and fuel strategy of the German Federal Government plays a decisive role in this respect. In particular the continuation of the "National Innovation Programme for Hydrogen and Fuel Cell Technology" (NIP) represents the necessary support for the market establishment.

Fuel cell powered electric vehicles can make a considerable contribution to establishing Germany as the lead market for sustainable mobility solutions and efficient technologies. This is because the great advantage of this drive technology lies in the significant reduction of CO2 emissions. This innovative technology also offers great potential for strengthening Germany as an industrial location. The challenges associated with such a system change aimed at a zero-emission transport sector were already addressed at a very early stage with the formation of the inter-industry "H2 Mobility" initiative in Berlin in 2009.

The Clean Energy Partnership (CEP) with its members* and others** welcome the infrastructure development. With the support of the federal government the CEP tests fuel cell electric vehicles and their refuelling. The interface to the federal government in both cases is the National Organization for Hydrogen and Fuel Cell Technology (NOW).