The German/Chinese brand Borgward wants to revive a very symbolic and traditional name, […] 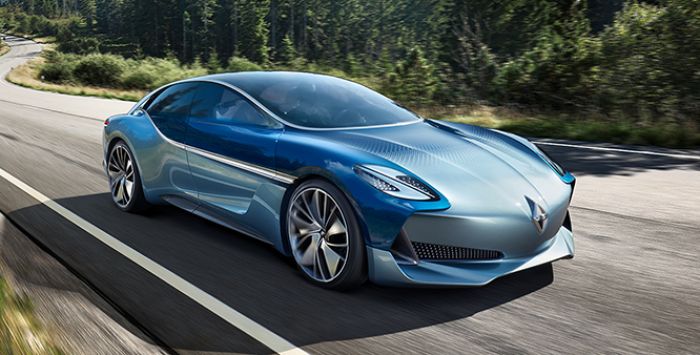 Borgward Isabella, an iconic name for a new EV

Share
The German/Chinese brand Borgward wants to revive a very symbolic and traditional name, Isabella, in its time an elegant car, with sedan and coupe body, well known in the fifties and sixties in Germany. The brand presented at the Frankfurt Motor Show (IAA-Germany) the concept of its new coupe, fully electric, and planned to give high performance.

We remember: the Borgward brand was born from a series of brands with models created by Carl F. W. Borgward himself in the 1920s. The name first appeared in the Hansa Borgward model of 1937, and remained alive until 1961 in Germany, when the consortium went bankrupt, to be reborn in Mexico and to remain until 1970. The Isabella was one of the most striking of the great variety of models, especially in its coupe version, a very elegant car of good performance, and well liked by its users.

Since Borgward was reborn a few years ago, with the help of a grandson of Carl F. W. Borgward and a lot of Chinese capital, the company wants to surprise and look for a future also in Europe. In fact, the first Borgward, SUV-type models, are already manufactured and sold in China. At the moment, despite talking much about the E-Mobility, and even there are versions with electric motors, the Borgward in Europe carry a current propulsion with a four cylinder petrol engine.

For the future Borgward thinks about E-Mobility. The star of the brand could be this elegant coupe Isabella, which was presented as concept car now in Germany. An elegant design, "the modern interpretation of the legendary and beautiful Isabella" (comments design chief Anders Warming), who wants to advance the future events of the company. So much referring to the design, with its leitmotiv Impression of Flow, as with its ecological technology. there is already talk of a range of 500 kilometers, a recharge in 30 minutes to 80% of the batteries capacity, and the possibility of recharging also inductively.

The actual Isabella has an electric motor in the front axle and another one in the rear axle. These synchronous motors with integrated converter reach 220 kW (300 hp) with a maximum torque of 450 Nm, guaranteeing an acceleration of 0-100 km/h in just 4.5 seconds.
TagsBorgward